I am a part time photographer and painter residing in Gabriola, BC. I was originally born in Vancouver and spent part of my childhood in Jericho Beach as an Air Force brat. Much of my childhood was spent moving around different parts of Canada in the usual military lifestyle. I eventually settled in the Northwest Territories where I lived for 25 years before moving to Victoria. I am a graduate of the Vancouver Island School of Arts’ certificate program.

My photographic work has included a considerable amount of night photography both in my home area of Victoria and in my travel photography. I have done explorations in urban photography as well as conceptual photography.

My night photography around Victoria culminated in ’Night Shops’ which focused on the isolated architecture of Victoria’s many small corner stores from previous eras.  ’Night Shops’ was shown in two of the GVPL Library galleries and five of the individual images were juried into the Sooke Art Show in 2013 and 2014.

My conceptual work was shown in ‘Pictures Within Pictures’, a small group show at the Slide Room Gallery. My work was an exploration of sculptural mirrors in the local natural landscape.

As a response to my time with Steve Simon I have begun to focus on the natural and human landscape of Vancouver Island and the Gulf Islands. Much of my current work explores the intersection of our natural landscape with people through photography and mixed media. 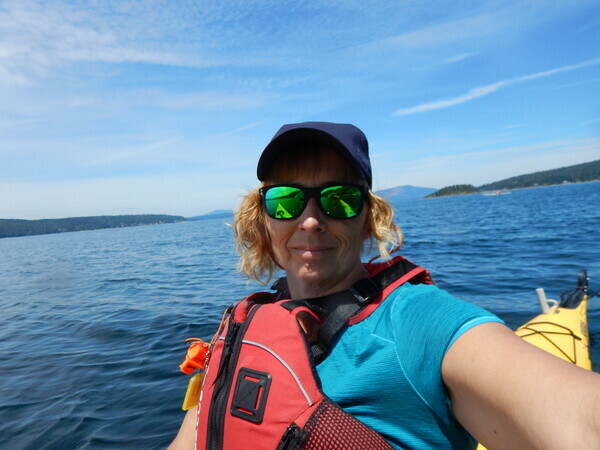